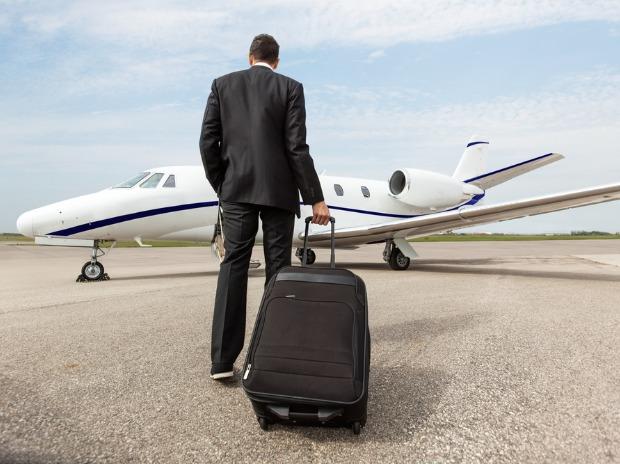 The rise in bank frauds and other economic offenses have attracted the attention of local and global media towards India. Lately, many fugitive economic offenders have been in the news, and thanks to them, we all now know where the tiny Caribbean islands of Antigua & Barbuda and Dominica are located on the world map!

As of today, the Indian government and its enforcement agencies are looking for more than 300 such offenders who have escaped from India. For the past few months, we have been constantly reading and hearing about a few ‘celebrity economic offenders’ in every Indian media. After spending crores of rupees and almost a week in Dominica, a private jet sent by the Indian government has returned back home with government top brass but without Mr. Mehul Choksi. Another Indian legal team is fighting in a London court to repatriate Mr. Nirav Modi and Mr. Vijay Maliya.

The scale of economic offenses in India and the way they are being handled have made India a hotbed for global agents and companies who assist such runaway criminals to obtain citizenship in another country.  These companies operate in India as a legitimate business but they are infamous globally for such activities. The fact they are operating in India openly makes one wonder why the Indian government and its allied agencies are not restricting their activities. In fact, to a common man, it seems as if the Indian government has spread a red carpet for such foreign companies to operate in India.

In 1975, when economic liberalization had started in the UAE and the Middle East, a large number of Indian laborers and workers were recruited to work in these countries. The agents and intermediaries in India often took advantage of these workers, who were poor and desperate to earn money. We have heard many horror stories about such frauds and scams during this time.

Finally, in 1983, the Migration Act was introduced by the Indian government which required foreign recruitment agencies and foreign employers to register with the Indian government if they wished to recruit manpower from India. Thanks to this Act, we now see a lesser number of foreign job frauds being reported in India. Originally this act was managed by the Ministry of Labour, but now it is managed by the Ministry of External Affairs of the Government of India.

Coming back to the present scenario, if the Indian government does act decisively, history will repeat itself. The problem is two-fold:

Foreign companies and agencies started developing an interest in the Indian market when the Indian government opened its doors for outbound investment in 2008 under the Overseas Direct Investment (ODI) for Indian entities and under the Liberalized Remittance Scheme (LRS) for Indian citizens.

As per RBI data, up until now US$ 60-80 billion has been remitted or invested outside of India under each of the aforementioned schemes in the last 12 years. This makes India a very attractive destination for foreign government agencies and companies who wish to lure Indian companies and wealthy Indian citizens to make an investment in their country or investment products.

Under the Foreign Exchange Management Act (FEMA), there are a series of RBI regulations, master circulars, and clarifications that specify how Indian companies can invest abroad or how Indian citizens can remit or invest money outside of India.

On the other end, there is no regulation under FEMA, or any other known regulation or act in India for that matter, to test the legitimacy of the foreign company or investment product in which Indian companies or Indian citizens make investments. These foreign entities are also not required to register with any Indian government agency or department.

Many legitimate foreign investment companies are surprised that they can come to India and offer their investment product (financial or real estate) without having to register with any Indian authority.

Let us see some examples that prove how easy things are for foreign companies as compared to indigenous companies/individuals:

Though such a large industry exists in India for foreign student recruitment, neither the student visa agents and consultants nor the recruiting foreign education institutions are regulated in India by the government.

In the year 2017, a major fraud was reported that involved an American university. Hundreds of Indian students were affected and their career and future were ruined by this scam. At that time, the External Affairs Minister, Late Mrs. Sushma Swaraj, was shocked to see the condition of the Indian students and she tried her best to revise the Migration Act. However, due to her untimely death, this Emigration Bill of 2019 is still pending with the Ministry of External Affairs.

Further irony concerning this matter is that the Indian government and all major Indian banks now offer bank loans to Indian students for foreign education with basic documentation. However, these same banks and financial institutions will ask for a pile of documents if an Indian citizen wants to make an investment in the U.S. or global stock market which is highly regulated.

A number of foreign immigration law firms continue to operate in India even after the Supreme Court of India’s ruling that foreign lawyers cannot practice law in India, nor can they open an office in India or make frequent visits to India to meet Indian clients. Based on this judgment, RBI issued a notification directing Indian financial institutions and banks to refrain from opening an account for such foreign law firms. However, the reality is totally different. Many foreign law firms are still operating freely in India. A remote-controlled company operation, which is allowed in India, could be an ideal place for global illegitimate operators.

Many high-profile Indian celebrities and prominent individuals have obtained citizenship or residency in foreign countries.  Very recently a famous Bollywood star was in the news for having been granted residency in a Middle East country.

All these particular service industries are open-ended and highly unregulated in India. Unless and until the Indian government seriously acts to close the loopholes, an increasing number of economic offenders will run away from India. Private jets (funded by hard-working taxpayers’ money) will then have to be sent to bring them back to India to face justice.