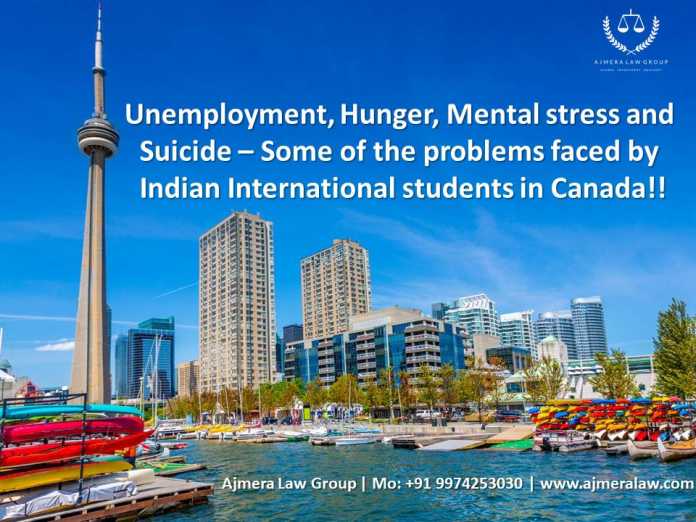 Unemployment, Hunger, Mental stress and Suicide – Some of the problems faced by Indian International students in Canada!!

The lotus is a symbol that looms large in India’s mythology.

The soft pink petals of the flower join knowledge, prosperity and compassion together in spiritual harmony. In life, and beyond, the lotus represents the attainment of bliss.

The Lotus Funeral Home and Cremation Centre is an unassuming building, located incongruously in an industrial area near the border between Toronto and Peel.

A small peaked porch at the front of a squarish concrete structure marks the entrance grieving families walk through. The rest of the building stretches back to a parking lot at the rear and it shares its street with a shipping company, furniture warehouse and an industrial equipment supplier.

For family members in India who receive the bodies of their loved ones from the Lotus Funeral Home half-way round the world, the symbolism is a tragic reminder of a promising life cut short.

Lotus is where more and more young people from the world’s largest democracy are laid to rest. Their bodies are prepared there for a journey back home, from where they left on their adventure to study abroad, carrying the weight of so many expectations.

The funeral home is tasked with arranging the transportation of deceased Indian nationals, students who came to Canada among the waves of like minded seekers searching for a better life.

As Brampton grapples with an international student crisis, where too many youngsters fall through the cracks—some into a life of crime, lured by prostitution or the drug trade, others simply crushed by isolation and lonliness—increasing numbers of flights are carrying the bodies of young Indian men and women as part of their cargo.

“We’re finding that the number of student deaths has increased, not only in Brampton but across Canada. We see it across Canada,” Kamal Bhardwaj, the owner of Lotus Funeral Home and Cremation Centre, told The Pointer. “We have relationships with the Indian consulate, so when an international student passes away, then we’re notified, then we have to [help] out the families, usually bring their bodies back to India.”

In the past two weeks alone, Bhardwaj and his staff have sent the bodies of five students home. He says he sends them home at least on a monthly basis.

International students, many of whom live in Brampton, face a daunting task settling in Canada. A large number come from South Asia, where some families have liquidated assets and saved for decades to send one child to North America for an education, and eventual immigration… they hope. In the 2016-2017 academic year, there were 35,403 international students from India studying at colleges and universities in the country, according to Statistics Canada.

“In order to afford that, when you do the financial transaction, you’re looking at mortgaging the farm at home,” Gurpreet Malhotra, the CEO of Indus – Community Services, previously told The Pointer. “Family puts everything they’ve got into borrowing money to get you into Canada.”

The amount of money spent by international students in Canada has exploded over the last decade. According to the federal government, they spent $6.5 billion in 2008, and by 2018, the number had reached $21.6 billion, more than tripling in a decade as many of these unsuspecting students became the focus of a post-secondary system that now views them as a cash cow.

Governments have been all too happy to relieve their financial pressures by expanding international student admissions to significantly increase revenues.

The pressure on students is immense, as are the costs. They are often unable to return home for a host of reasons, including the crippling family shame that would accompany failure, and are limited to just 20 hours per week of work to support themselves here. Many are still developing a full grasp of the language and others come from places like rural Punjab, with no experience of life in big Canadian cities.

Some are lured into the world of organized crime and drug trafficking.

While international students, often not even out of their teens, struggle to navigate a new system, private and public colleges benefit handsomely. For Canada’s post-secondary education institutions, these young people and their desperate families represent a critical source of revenue.

The sector began to shift toward attracting more international students in 2008. Young adults coming to Canada from abroad can pay as much as four times the tuition fees their domestic classmates pay.

Over the past ten years, revenue from student fees has increased by 218 percent in Canada, with a $3.25 billion increase in the Canadian international education market over roughly the same period. The average tuition fee for domestic students is $6,822 compared to $27,613 for international students.

International students accept the cost, at least in part, because graduation is portrayed by education agents in India as a path to permanent residency. An industry of private and relatively unregulated colleges has developed in Canada, selling degrees and diplomas as a path toward a permanent home in Canada.

“I can give you a painful example of a student who was acting out at the corner of Steeles and McLaughlin,” Baldev Mutta, the CEO of Punjabi Community Health Services, told Brampton councillors in September. “Somebody called us. We rushed over to find out. And, when we calmed this young man down, he said, ‘I need to get arrested because I have not eaten for a while and I have no place to sleep. At least if the police arrest me, I know they are going to feed me’.”

In a foreign land without a support system, the consequences can be fatal. Greedy landlords cram people into houses without suitable fire protections, while human traffickers circle the students most desperately in need of money.

Go Fund Me, a crowdfunding website, acts as a tragic obituary.

“His family wishes to see him one last time, but they cannot bear the costs of coming to Canada or of the funeral,” one appeal, to send the body of a 21-year-old student back to India, says. Another 23-year-old passed away in a truck fire after three years in Canada away from his family, and another died after drowning.

“They wanted their daughter to have a very good education and lead a better life and contribute to the betterment of others’ lives, and she came to Canada as an international student on an education loan,” one page explains. “They also expected her to support her younger sister for her education and career in the upcoming years. Now the family has lost their light in life, in a tragic accident.”

There are multiple factors that can lead to the death of an international student. From exorbitant rents and inadequate housing to a lack of emergency food support. Poor connections between the international student community and mental health services also leave many isolated without anyplace to turn. Colleges and private “career” schools have been criticized for not providing proper support to the students they gladly take money from, to fund operations designed primarily for the success of domestic students.

“I can’t tell you the cause of death because I am not privy to that,” Bhardwaj said. “Usually, when there is a young person involved in a death, it is investigated by the coroner’s office, now the coroner’s office doesn’t share the results with us … but I can tell you on visual observations you can see certain indications of a suicide, for example.”

The Peel Regional Police says it does not have a way to record missing persons or death by suicide under any category that identifies the individual as an international student.

“I think the magnitude of the problems are so enormous that until we can all sit down in one room and say, ‘What are some baby steps we can take to address this?’ I think it is going to keep on spiralling and we will see the aftermath of it later on,” Mutta said.

He mentioned students who had been arrested as drug mules and nine pregnant international students his organization is working to help.

The solutions — which lie in the hands of all three levels of government — can’t come soon enough.

The difficulty faced by international students in Brampton echoes around the world. It is felt by friends locally, community leaders and, most painfully, by parents and other loved ones thousands of miles away.

“We’re dealing with these families and this tragedy, parents don’t believe this has happened, they don’t believe it is their child, they go through a hunger strike,” Bhardwaj says. “They said, ‘No, no, no, until I see my son, I’m not going to eat anything’. And literally, these are the kind of things we see… it’s just difficult all around, it impacts everyone, even our staff.”

Their end-of-life care is supposed to comfort families that look to the lotus as a symbol of hope, that even after death their loved ones will find their bliss. For families in India, who have to receive the bodies sent by Bhardwaj, his lotus is a reminder of everything they lost.

HOW AND WHY SHOULD INDIAN HNIs INVEST GLOBALLY?

Visa Consulting & Coaching Training provide with a great place to Service, whether you are there to burn off some calories or are. 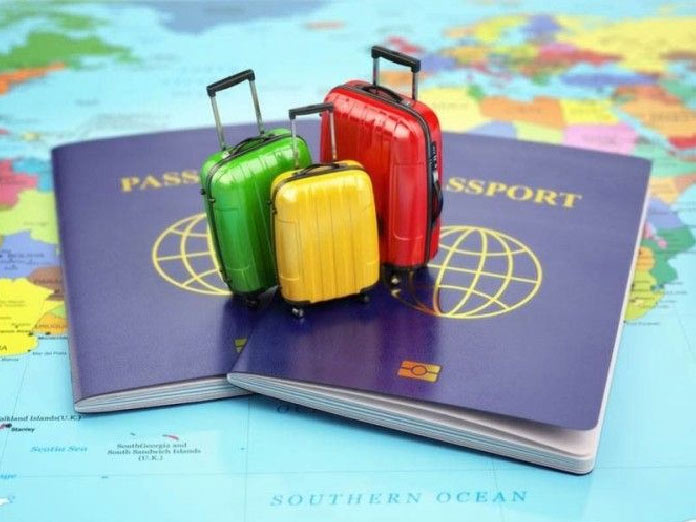 Tips for ensuring success in visitor visa applications of any country!!

Visa Consulting & Coaching Training provide with a great place to Service, whether you are there to burn off some calories or are.