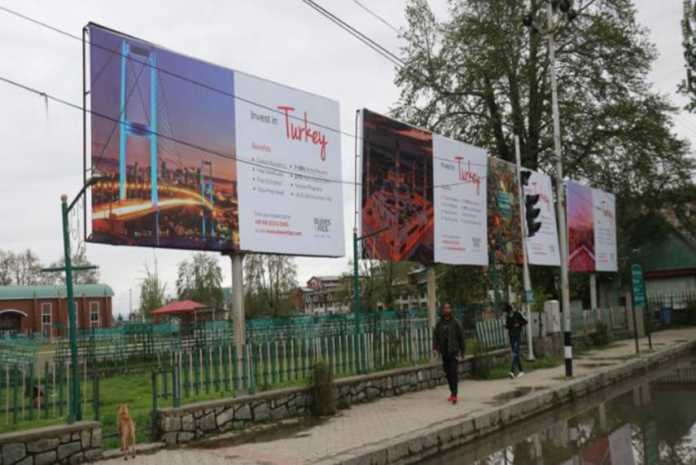 An article by Mr.  Nasee Genani has been published on Outlook.com titled:

After reading the article, it appears that the media and local authorities are perplexed regarding the origin of these hoardings. This story was followed by several other media. ( IBT, JKNS, VEN, etc.)

These hoardings were put up by an immigration consulting firm from Dubai with offices in Mumbai and Delhi. The likely aim of these hoardings was to attract Indian investors to invest in Turkish real estate so as to acquire Turkish Citizenship.

This is not an invitation from the Turkish government to apply for citizenship but an advertisement by an immigration agent who is licensed in the UAE but not in India.

But at the same time, it is interesting to note that this Dubai-based immigration consulting firm is operating illegally in India.

Why illegally you may ask?

When it comes to advising on Turkish immigration and visa law, the Indian law clearly states that only Indian advocates can practice law ( Indian or Foreign), including immigration law, under the Indian Advocates Act of 1961 and The Supreme Court of India’s judgment.

In view of the same, RBI has also issued a notification specifically directing Indian banks and other authorities to refrain from issuing or renewing permission to foreign law firms from establishing offices in India and opening bank accounts in India.

Note: After this blog was written, it has been brought to the attention of the author that the said hoardings have been duly removed.